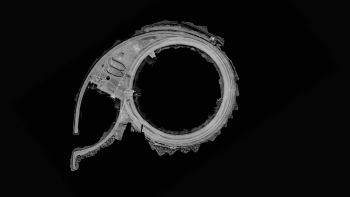 How do we (as children and as adults) learn about the natural environment? At school? Through our direct encounters with nature? Through mediated forms of communication – television, cinema, the internet? How do we build our individual environmental literacy? With recent technical and critical attention given to artificial intelligence, a similar set of questions may also be asked of non-human agents. How, and why, are machines made to control natural environments? To what degree can a machine perceive a landscape, drawing upon data rather than lived experiences? And can our observation of this machine perception allow us to reflect upon human nature, our individual understanding of the environment, as well as non-anthropocentric ecological perspectives?

With Models for Environmental Literacy, I address these questions by generating three large datasets of ecologically concerned literature – including fiction, philosophy, and scientific texts – which create distinct, yet correlated computer voices for an environmentally literate machine intelligence. These AI-generated narrative texts then provide the scaffolding for a new series of experimental animated films about environments at the boundaries of ecological change: an archipelago of small islands in the northern Baltic, an estuary overcome by toxic algae, and a perfectly circular artificial island in the Netherlands.