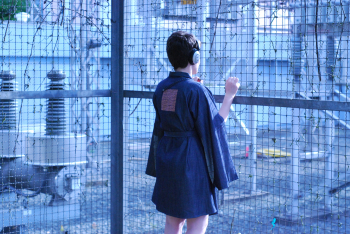 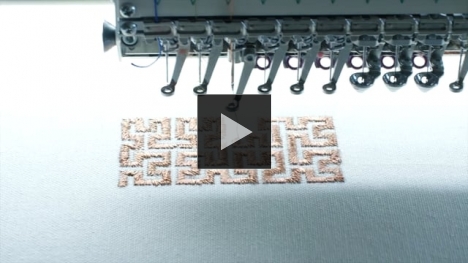 According to the IEEE standard definition of the term: "the antenna or aerial is a means for radiating or receiving radio waves", in other words the antenna is a metallic device which transmits and receives electromagnetic radiations from free space.

The miniaturization of electronic devices has led to the development of what is known as fractal antennas - miniaturized antennas that use an iterative function system to create a fractal element at a reduced size. The term "fractal" was first used by mathematician Benoit Mandelbrot in 1975. Mandelbrot based it on the Latin frāctus meaning "broken" or "fractured", and used it to extend the concept of theoretical fractional dimensions to geometric patterns in nature. One of the properties of fractals geometry is that it can have an infinite length while fitting in a finite volume. The radiation characteristic of any electromagnetic radiator depends on electrical length of the structure. By using the property of fractal geometry in antenna design one can increase the electrical length, keeping the volume of the antenna the same.

The intention behind this art and science research project is to experiment with different conductive materials and techniques, from laser cutting to embroidery to create fractal antennas that can be later used as a hacking mechanism to sniff into hidden electromagnetic fields.

The first experiments were conducted with laser cutting different iterations of the Sierpinski Triangle fractal on Copper Polyester Taffeta Fabric (later fused with adhesive interfacing on white scuba fabric). One of the major challenges faced while cutting the fabric in shapes beyond the third iteration, was that even if the size of the fractal was scaled to a somewhat bigger surface, the fabric became very fragile in between the triangle connections.

The 5th iteration of the Hilbert Curve was used to create a wearable prototype which connects to an amplifier that permits for the antenna to pickup interference and radio signals within a specific range.

The exact range can be defined using a network analyzer, or by running simulations - further experiments and measures to be posted here.

Another method approached for creating a textile fractal antenna was cross stitch hand embroidery to create a Minkowski fractal. The challenge faced in this stage was how to sew the back of the fabric in a manner that the thread would create a consistent fractal pattern. Although aesthetically interesting, functionally experimentation should continue using other type of stitches that allow the embroidery thread to be always on the same side of the fabric (eg. couch stitch).

During the Tribe Against Machine summercamp in Taiwan with the Atayal tribe, I experimented with using an industrial embroidery machine that was available at the Liang Studio to produce the Hilbert curve fractal. While the thickness of the specific thread cause some issues (as a couple of times it broke and we had to connect it again), the tests were successful and the results were rewarding as these embroidered fractals are pretty robust.

The inspiration for this project can be found in traditional Japanese embroidery and especially a technique known as Sashiko (刺し子, literally "little stabs") - a form of decorative reinforcement stitching. Sashiko patterns resemble mathematical fractal shapes and were used especially in kimono garments to reinforce worn fabrics.