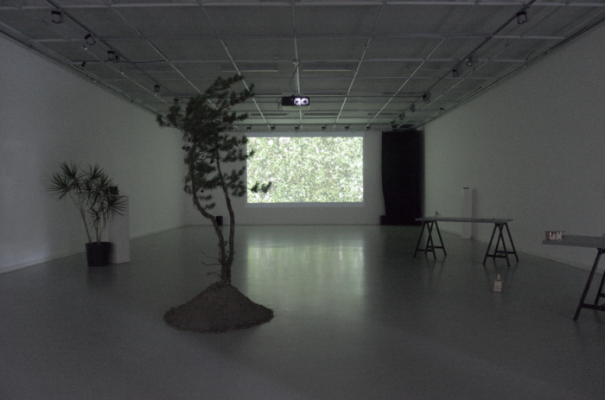 The Death Valley is located between two dunes, on The Curonian Spit, the southern

portion lies within Kaliningrad Oblast, Russia and its northern within southwestern Lithuania. A prison camp was built there during the Prusso-French War in 1870-71 by Germans as a reaction to French camps in North Africa. French war prisoners are said to have died in the valley due to the bad conditions they experienced there, hence the name.

Afterwards the valley was left in a desert-like state, before a human-designed forest was planted there, situated just before the border with the Russian state on the Western point of The Curonian Spit.

I speculated and traced signals in the manufactured nature milieu which blurs between borders, that hold a historically understanding of the space through the surrounding flora as a noise space; materiality through the flora’s codes, structure processes, and embodiment. I relate this to the idea of nature to human to posthuman – plant networks, technology, and human networks that interact.

This data was manifested into sound using Arduino with SuperCollider, and was presented as a presentation and as a audiovisual installation.