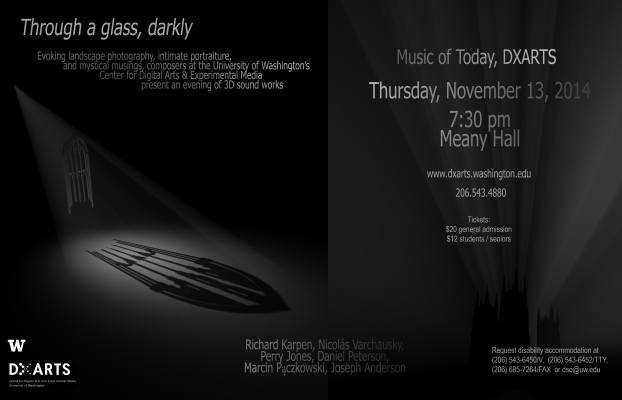 MUSIC OF TODAY:  Through a glass, darkly….

The University of Washington School of Music and the Center for Digital Arts and Experimental Media (DXARTS) co-sponsor the Music of Today concert series featuring groundbreaking modern classics and new works by faculty and guest composers.