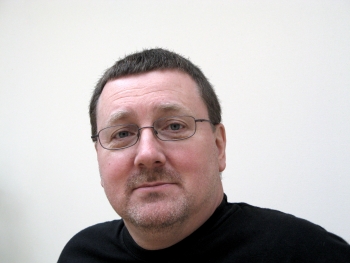 Regarded as one of the most important figures of the style now known as "British Acousmatics," Jonty Harrison joins the Center for Digital Arts and Experimental Media (DXARTS) for an artist signature concert. As the founding director of BEAST (Birmingham ElectroAcoustic Sound Theatre), Harrison has popularized electronic music "sound diffusion" over an orchestra of loudspeakers, where the space of the concert hall is treated as an instrument of musical expression. His genre defining music has been awarded several Prizes and Mentions in the Bourges International Electroacoustic Music Awards (including a Euphonie d’or for Klang in 1992 cited as “one of the most significant works” in the Bourges competition’s history), two Distinctions and two Mentions in the Prix Ars Electronica (Linz, Austria), and First Prize in the Musica Nova competition (Prague).

Tonight's concert presents a retrospective of Harrison's most influential work over the past three decades, tracing both changes in means (studio technology) and developing aesthetics. This event offers the opportunity to experience the music and performance of one of the leading contributors to contemporary thought and practice of electronic music in the European art music tradition.