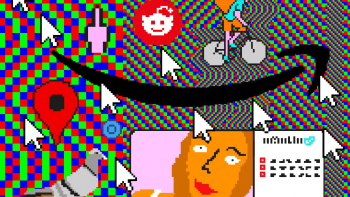 General Intellect, by James Coupe exhibited as part of:

When Joseph Beuys coined the phrase of the “social sculpture” in the 1970s, he was not aware of the development of the internet at the same time. However, in interviews and lectures he frequently hints at the possibility of a new kind of medium, that would allow the audience to participate and that could serve as a plattform for political debate and action.

With the international proliferation of the internet and the possibility of communication and cooperation that it has delivered, it is timely to compare its promise with the utopian ideas of Joseph Beuys. Has the net enabled new forms of collective creativity? Or does it serve as a means to turn this “general intellect” (K. Marx) into raw material that companies like Google, Facebook, Twitter et al use to make a profit?

The exhibition with works by approximately 38 artists reflects the methods by which companies such as YouTube, Google, Fiverr or Amazon Mechanical Turk have made the exploitation of the creativity of their users into a business model. About half of the works were created in response to the current “platform capitalism”. A selection of older works traces the idea of “collective creativity” back to original emancipatory ideas from the early days of the Internet such as “crowd sourcing” and finally to Joseph Beuys’ “social sculpture”.

Over the last decade, a number of companies have made a business model out of offering platforms for the sale of creative work on the web as online services or “microjobs”. Through providers such as Amazon Mechanical Turk or Fiverr, creative services such as texts, designs, videos or apps can be commissioned for prices that are often far below the fee that a professional designer would charge. In many ways, the artistic works that were once thought of as “crowd sourcing art” – a genre that has its own Wikipedia entry by now – today seem like naive anticipations of these exploitative practices, which in turn have also been reflected by artists in recent years.

The exhibition brings together works that comment on and criticize the “gig economy” that has emerged, and by juxtaposing them with works from the nineties and noughties, places them in a historical context that ultimately dates back to Joseph Beuys’ “social sculpture” – some of the artists involved even explicitly referenced Beuys and his slogan: “Everyone is an artist.” The exhibition will be accompanied by events that address the model of “platform capitalism” in the cultural sphere in discussions, video presentations and lectures.