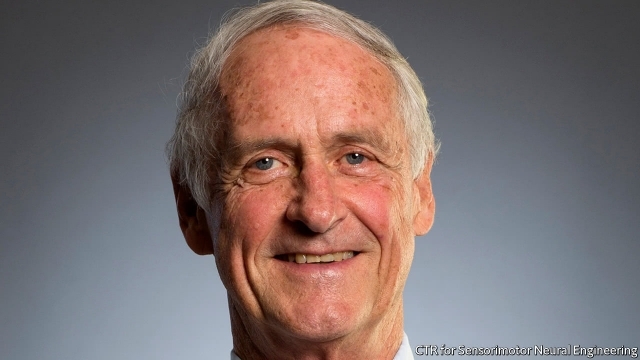 Eberhard Fetz was a post-doctoral researcher at the University of Washington in Seattle when he decided to test whether a monkey could control the needle of a meter using only its mind. A paper based on that research, published in 1969, showed that it could. Dr Fetz tracked down the movement of the needle to the firing rate of a single neuron in the monkey’s brain. The animal learned to control the activity of that single cell within two minutes, and was also able to switch to control a different neuron.

Dr Fetz disclaims any great insights in setting up the experiment. “I was just curious, and did not make the association with potential uses of robotic arms or the like,” he says. But the effect of his paper was profound. It showed both that volitional control of a BCI was possible, and that the brain was capable of learning how to operate one without any help.

Some 48 years later, Dr Fetz is still at the University of Washington, still fizzing with energy and still enthralled by the brain’s plasticity. He is particularly interested in the possibility of artificially strengthening connections between cells, and perhaps forging entirely new ones.