Cosmic Bitcasting emerges from the idea of connecting the human body with the universe by creating a wearable interface that can provide sensory feedback on the invisible cosmic radiation that passes through our bodies. The project proposes the creation of an open-source, wearable detector, that can detect secondary muons generated by cosmic rays hitting the Earth’s atmosphere that penetrate the human body by triggering a series of embedded actuators (light, sound and vibration).
Complete paper published at the conference proceedings:
https://dl.acm.org/citation.cfm?id=3123071 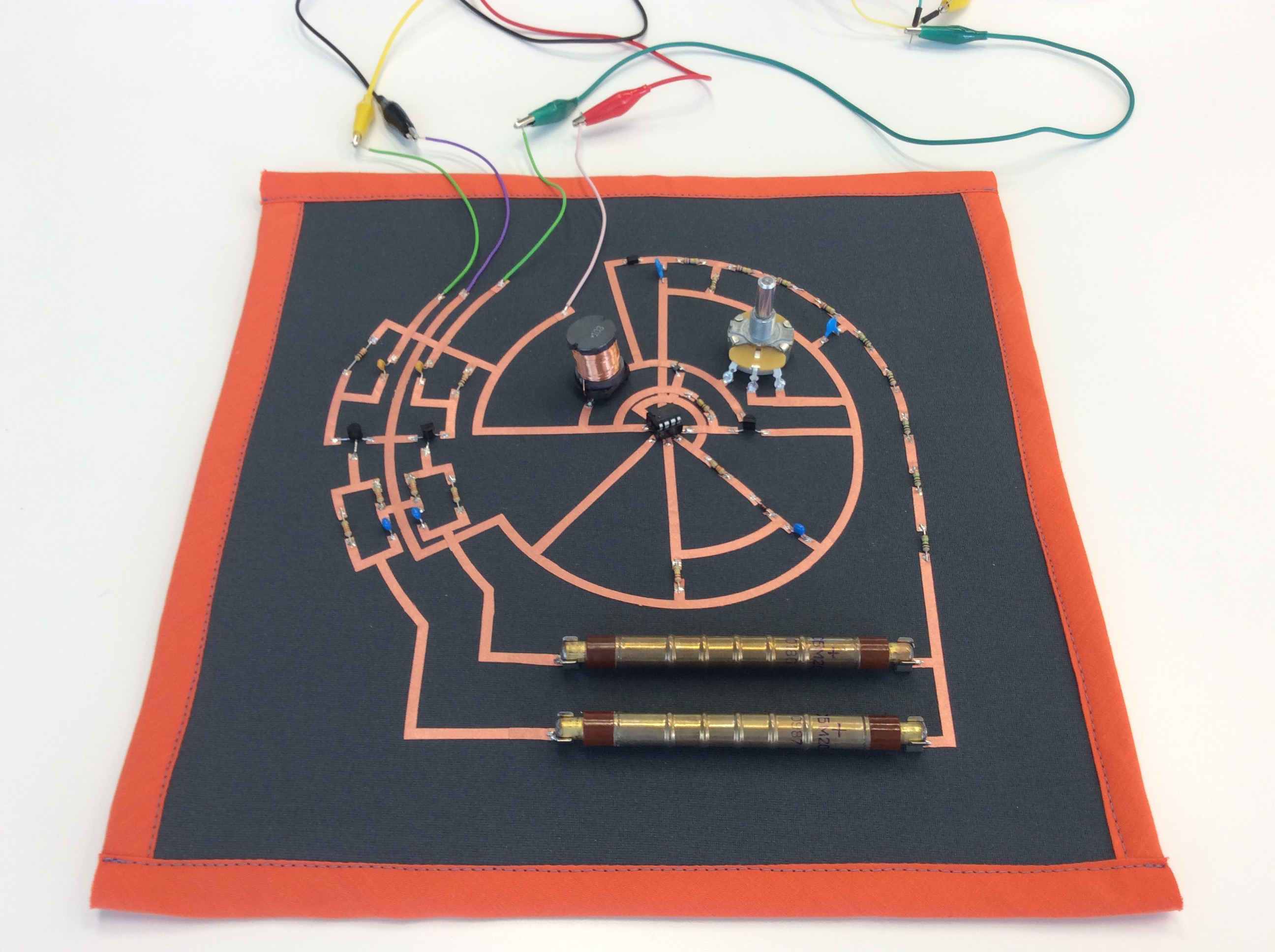 IBPoet: An Interactive and Biosensitive Poetry Composition Device by DXARTS students James Rosenthal and Gabrielle Benabdallah, a project realized in the context of the Art & The Brain Spring 2017 class, was presented as a demo at UbiComp '17 (ACM Ubiquitous Computing conference) that took place in Maui, Hawaii on September 11-15, in parallel to ISWC '17.

http://ubicomp.org/ubicomp2017/program/demos.html
Abstract
Through a digital interface and biosignal feedback, the IBPoet makes explicit the embodied and cognitive processes at play in everyday language interactions. A Reader reads a pre-selected poem to a Readee in front of an Audience. The Readee, who sits comfortably and listens to the poem, is instrumented with two primary biosensors: an OpenBCI Electroencephalogram (EEG) and an electromyogram (EMG) sensor. The Reader receives direct sensory feedback from these sensors in the form of a vibration band and heat gloves. Projected behind the Reader and Readee is the text being read, with keywords replaced by empty boxes. New words will appear that are selected according to the Readee’s emotional state – thanks to an algorithm that interprets her/his biosignals. With the contrast and similarities between the spoken and projected poems, the Audience senses the emotional connection between the Reader and Readee as it shifts through states of resonance and dissonance, calm and stress.
Complete paper published at the conference proceedings:
https://dl.acm.org/citation.cfm?id=3123176 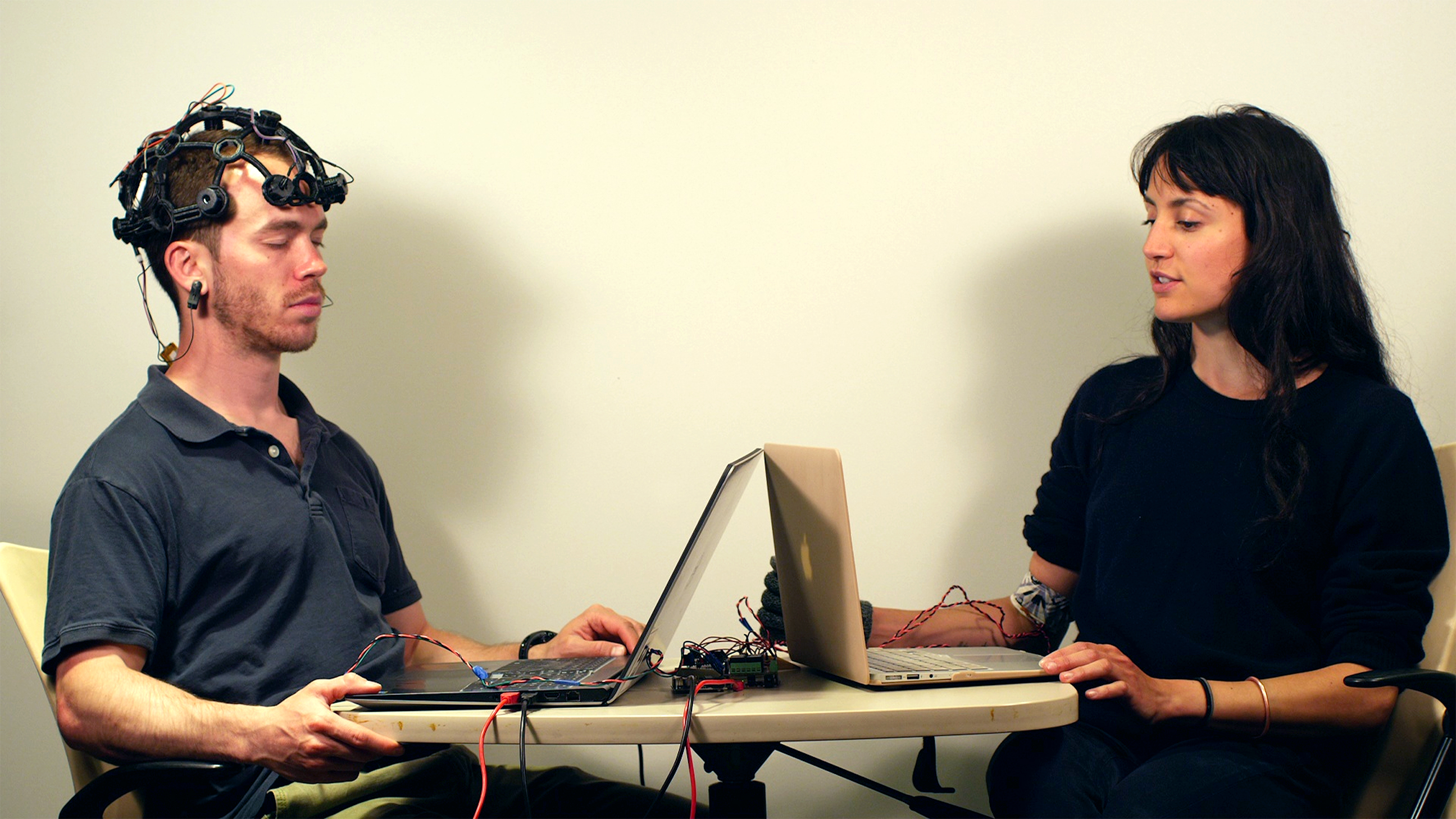